“You have to have your dreams, and the truth is, there were a lot of failures in her life. But it’s about the persistence and stamina to get up again and not accept defeat as the end of the line, but as a new challenge and a new opportunity.” James Donovan (referring to his mother Marion Donovan inventor of the Disposable Diaper

First words are often the most challenging to write. Whether it be in a book, in a letter, on a blog or in a memo. First words are important. After all they set the stage for what’s to come. So I thought I’d do just that by highlighting just a few inventing women who made history and changed our lives in a very profound and positive way. This is only a sample of the thousands of women I plan to highlight. Be sure and click on their names to read their personal stories of success.

Mary Anderson undoubtedly saved countless lives with her invention (the Windshield Wiper ) and what about the Inventor of the Barbie Doll, Ruth Handler? I still have my collection of 39 Barbies, Kens, Midges, Gidgets and not to mention the clothing, cars and Barbie houses!

And contrary to popular belief a man did not invent the modern brassier! Mary Phelps Jacob did! And thank goodness she did or we’d probably all still be wearing corsets not because corsets are considered a fashion statement because we had to!

One of my personal favorites is Ruth Wakefield, Inventor of the chocolate chip cookie! Okay, raise your hands if you thought it was Debbie Fields….

And my husband’s personal favorite (if he knew it existed) might be the Remote Control Locator invented by Twin Sisters, Kelli and Vanessa Dunn.

And while you’re in the mood to read about Inventing Women throughout history, here’s a great post called Exploring the History of Women Inventors by J. E. Bedi (Lemelson Center) I recommend you check out!

These and many more women will be written about on Inventing Women. My personal goals are to highlight women throughout history who have inspired us and changed our lives and to write about TODAY’s Inventing Women who are realizing their own dreams, visions and achieving their goals, Who knows, the next one could be YOU!

Thanks for stopping by and checking out Inventing Women. We have big plans for Inventing Women everywhere and invite you to be a part of it! Let’s make history together.

Note: this post first appeared on Feb 7, 2008. My team and I at Redhead Marketing, Inc. are recreating the website, giving it a facelift and basically updating everything.

And no that is not a picture of me! 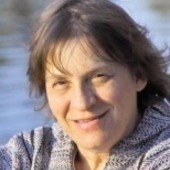 Two Inventing Women Blaze the Trail for Others